With the ongoing issue of water shortages in the UK hitting our headlines once again, it’s becoming increasingly apparent that water consumption is a hot topic. 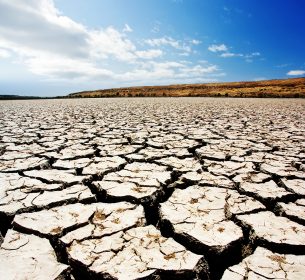 With the ongoing issue of water shortages in the UK hitting our headlines once again, it’s becoming increasingly apparent that water consumption is a hot topic.
In todays news, the BBC is reporting a hose pipe ban in the Northwest of England with Martin Padley, from United Utilities, saying the ban, known as a ‘temporary use’ ban, comes during what is believed to be the longest heatwave since 1976. The ban intends to save 100 million litres of water per day in the North West and will affect 7 million people. The firm also said it had the power to impose fines of up to £1,000 for people who flouted the ban.

Water companies are also being accused of contributing to the shortage through leakages. With privatised water firms in England losing 20 – 22% according to Ofwat, it will be increasingly difficult to ask people to change the way in which they live, especially in the UK where water seems to be in such abundance. In the same BBC article, Professor David Hall from Greenwich University provides a very interesting statement –

It’s not just the North that may face resource issues. According to the Greater London Authority, London is pushing close to capacity and is likely to have water supply problems by 2025 and “serious shortages” by 2040. That’s 22 years from now which sounds like a long time, but bear in mind, it was that same time ago that Oasis released ‘Don’t Look back in anger’, Independence Day came out at the cinema and Buzz Lightyear was the best-selling Christmas gift in the UK.

Before we all panic, it’s worth noting that many water companies including Anglian water, Northumbrian water, Severn Trent and South Staffs have stated they have ample supplies, although the fact that UK water shortages are repeatedly hitting the headlines leads to the conclusion that this is an issue we are all faced with.

The ideal scenario to any problem is a resolution that benefits everyone, and whilst we continue to point the finger of blame, we must look towards science and technology for the answer, to what is now a serious global issue.

Propelair is leading the way in water saving toilet technology and produces a toilet system suitable for the busiest of commercial and public locations. With only 1.5 litres of water required to flush compared to the UK average of 9 litres, the toilet fits on to existing drain systems and offers a high performance flush with the combination of water and air. In addition to the huge water and resulting cost savings, it also reduces energy consumption, maintenance and improves washroom hygiene.
Propelair is fast becoming the commercial toilet of choice and is not only providing a technical solution to a global issue, but is passionate about the education in conservation for the worlds depleting resources.